Liendo Plantation was built in 1853 by Leonard Waller Groce, the son of Jared Groce, who was one of the largest most respected land owners in Texas. Originally a Spanish land grant of 67,000 acres assigned to Justo Liendo, the plantation’s namesake, Liendo was one of Texas’ earliest cotton plantations. 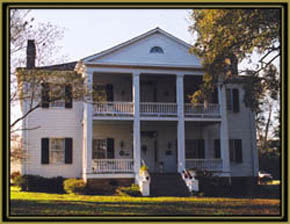 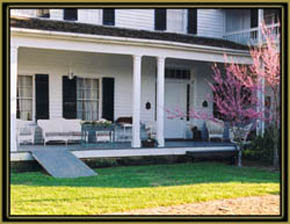 It was considered the social center of Texas receiving and lavishly entertaining early Texas dignitaries and notorieties. Liendo was considered a typical Southern plantation, having over 300 slaves and being itself built by slave labor. Sufficient in all its needs; it was a self contained community. Like most Southern plantations, however, Liendo fell on hard times after the Civil War and changed owners several times thereafter. 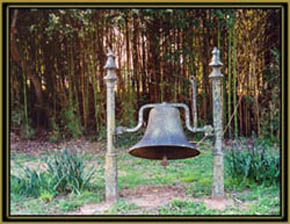 Liendo had always been recognized for its warm Southern hospitality, but few people know that this same tradition of generosity probably saved it from destruction. Among the more notable statesmen and historical figures that have spent time at Liendo was George A. Custer.

At the end of the Civil War, he was stationed at Liendo. It is said that both Mr. Custer and his wife were so impressed with the plantation and the gracious hospitality shown to them during their stay, that they made sure Liendo was not harmed in anyway in appreciation. 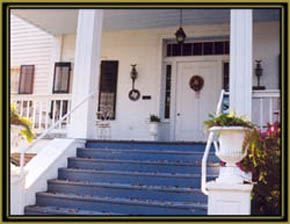 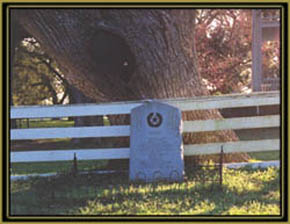 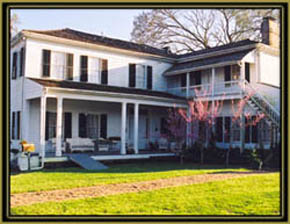 Liendo was also occupied by world renowned sculptress Elisabet Ney and her husband Dr. Edmond Montgomery from 1873 to 1911. She and her husband had immigrated years before from Europe to the United States but had never found a new home until they found Liendo. It is reported that Elisabet, upon arriving at Liendo, walked out on the balcony, threw out her arms and said “This is where I will live and die.” She lived out her life at Liendo, commuting to her art studio in Austin. She and Dr. Montgomery are buried on the Plantation grounds. She sculpted many notable works, two of her most recognized pieces being the statues of Stephen F. Austin and Sam Houston which now stand in the state capitol.

In 1960 Carl and Phylis Detering purchased Liendo from Miss Willene Compton and began their 10 year job of restoring the plantation home. Traveling throughout the deep South and Europe, the Deterings acquired period furnishings and faithfully restored Liendo to its former glory. Liendo is recognized as a Texas historic landmark and is listed on the national register of historic places. Today, Will Detering owns and operates Liendo Plantation and continues the work of preserving and sharing this Texas landmark. 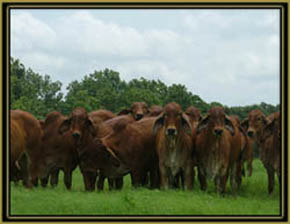